Steeped in History, Duncan Hamilton ROFGO Focuses on the Future of Historic Racing

Much has changed in the three years since our last visit to Duncan Hamilton ROFGO in Hampshire, as Nick Maton and Jack Tetley lead the future growth of this iconic company. We stopped for coffee and a catch-up. . . 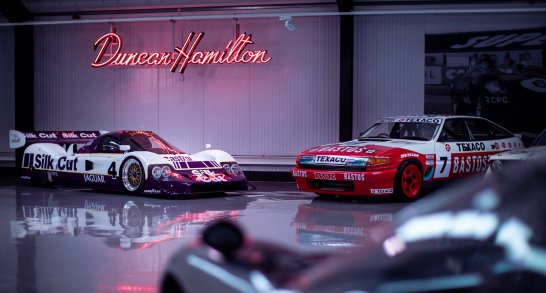 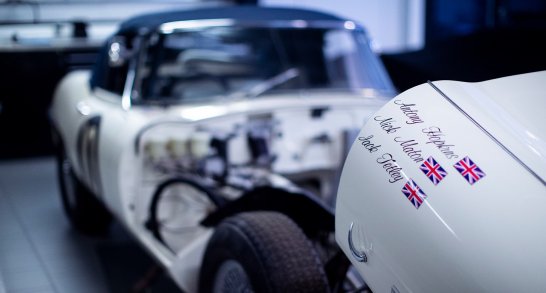 Modern but unpretentious buildings don’t give a damn when you arrive at Duncan Hamilton ROFGO. However, as soon as I see a 1965 Porsche 911 2.0L Cup, a Ferrari 275 NART and a 2010 Peugeot 908 HDI FAP Le Mans casually basking in the sun, I know it will be a good day. 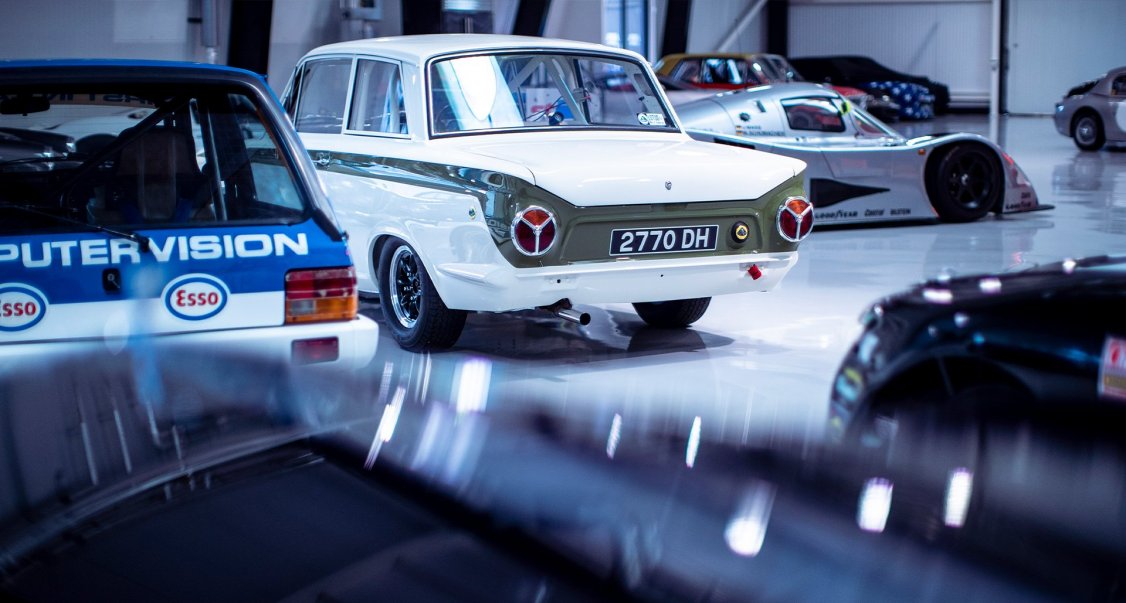 DH ROFGO is divided into three buildings: one for storage, one for the legendary ROFGO collection of Gulf racing cars and one for the sales area, housing a superb selection of racing cars and classics. Inside the storage area, among a few private cars, is the magnificent John Wyer Gulf transporter that I last saw at the Le Mans Classic. It might not be the most valuable item in the collection, but it’s absolutely one of the coolest vehicles to ever wear the Gulf livery.

While the cars grab my attention, I’m here to chat with Nick Maton and Jack Tetley to take stock of the past few years and see what their plans are as the world gradually returns to normal … 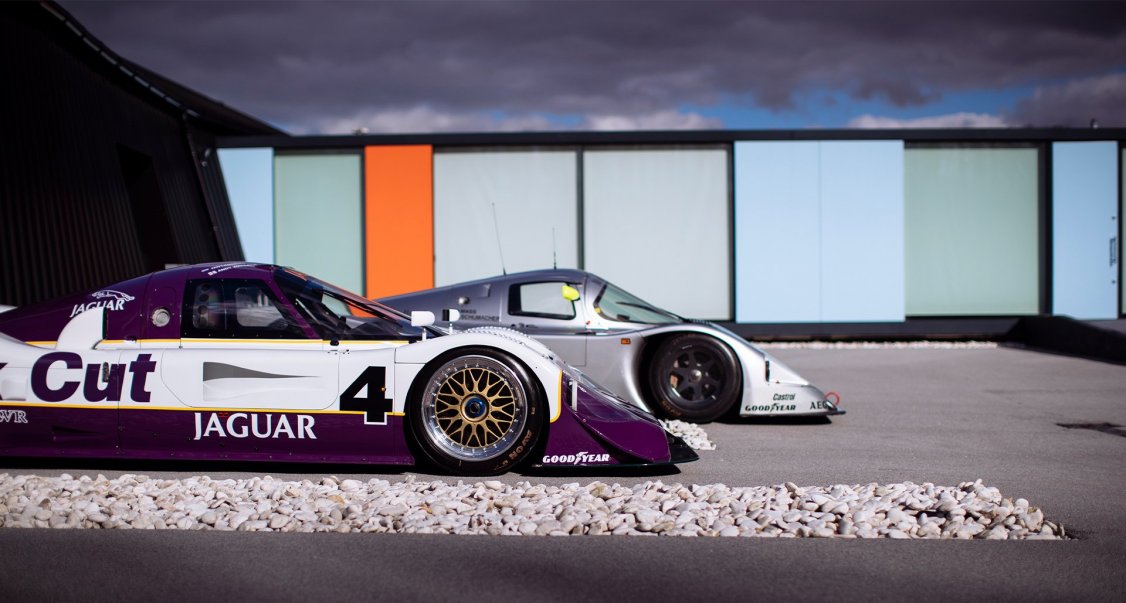 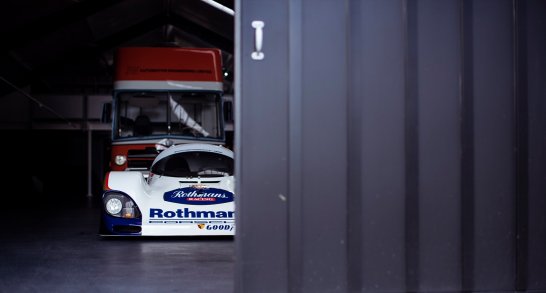 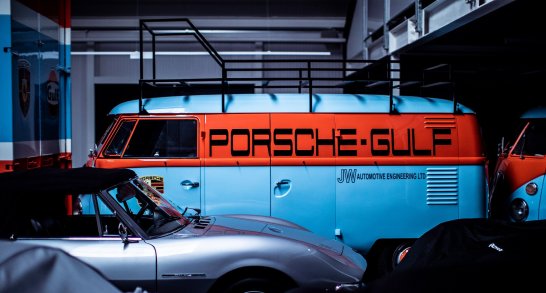 Thank you for inviting me today; to start, tell us about the current configuration …

Jack: Nick and I have been running the business on a daily basis since 2017, and while there are a lot of crossovers in our interests, Nick is stronger on classic road cars and supercars, especially Jaguar E-Types, in which we specialize. almost exclusively focused on racing cars. Historic motorsport has come so far in a short time; in terms of professionalism, values ​​and number of events. We are constantly on the lookout for interesting racing cars and work together on all of our offers. For 2022, we’re even planning to get involved in organizing a special race – more on that soon! 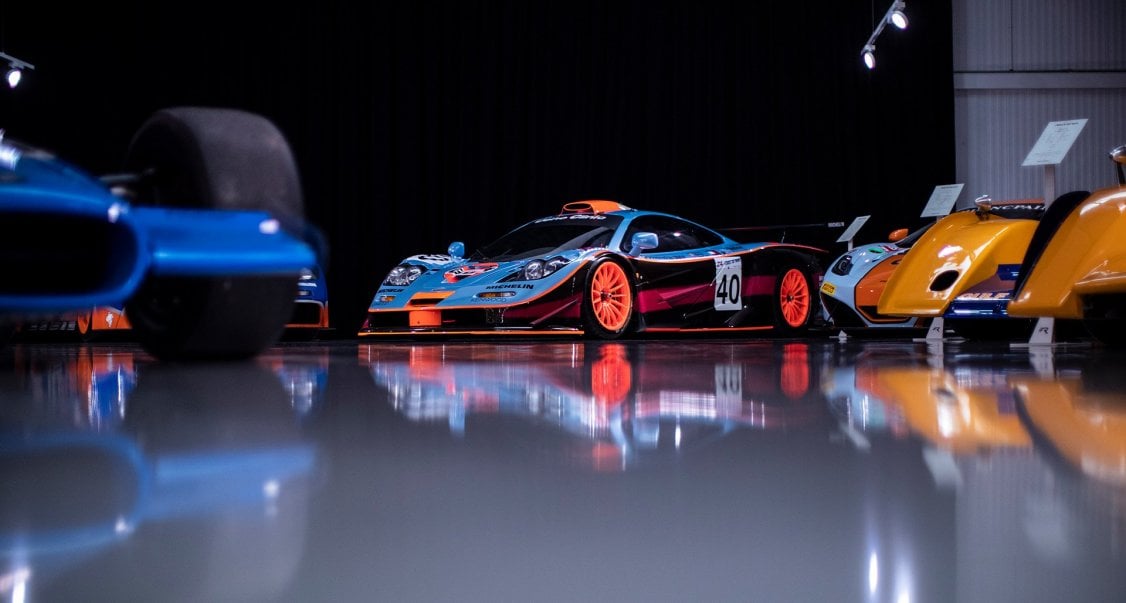 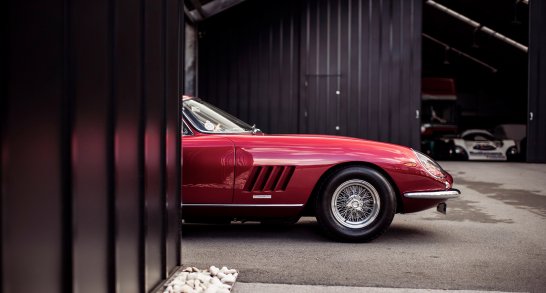 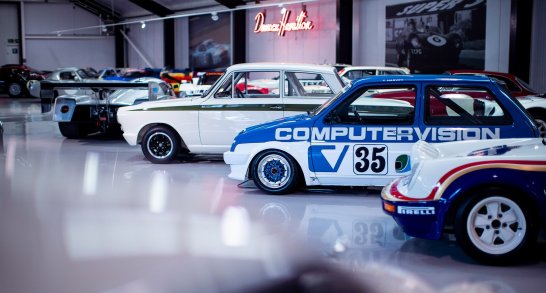 What do you think is the key change since Classic Driver’s last visit?

Nick: Others in the industry see us as a leader in racing car sales, which has become our focus since the last time we saw you. We’re not actively moving away from road cars, but there’s so much growth on the racing side, with so many great people coming into the scene, that we’ve found ourselves drawn to it. The fascinating stories with racing cars make their search and repatriation even more rewarding. We are also keen to continue to maintain DHR as a relaxed and informal place to visit – we want to be able to laugh with our customers. Racing and buying cars should be fun and a happy byproduct is that the market is moving healthily in the right direction. Jack and I always tell new and seasoned buyers to buy for love – if they like the car, someone else will follow suit. We want them to enjoy owning it, rather than seeing it as a piece of stock.

Jack: While our focus has become racing cars, our philosophy is simple and broad: if it’s cool, a great example, a great story, highly eligible, we’ll gladly have it in the showroom, whatever its value. Whether it’s a factory Mercedes C11 from Group C or a very good continuation of the FIA ​​Cobra that can race anywhere, we would love to find it a new home. It doesn’t matter that one is worth millions more – both looks and sounds great, and will give the owner immense pleasure in different ways. In particular, we like to sell to runners; seeing a car you’ve sold in the race is great, and you can enjoy the experience with your customer in the paddock. 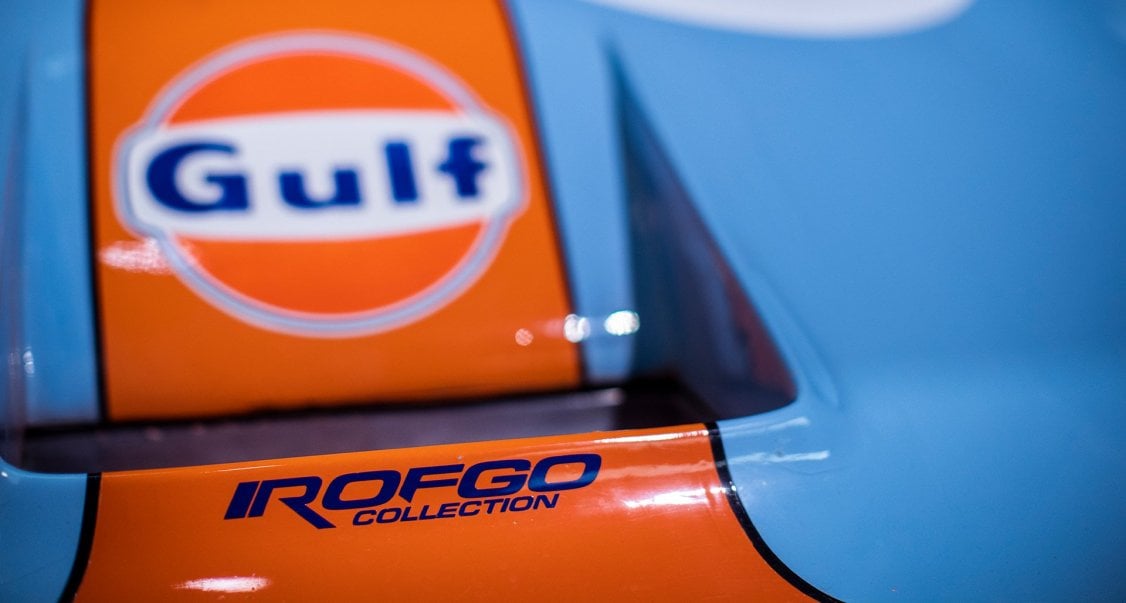 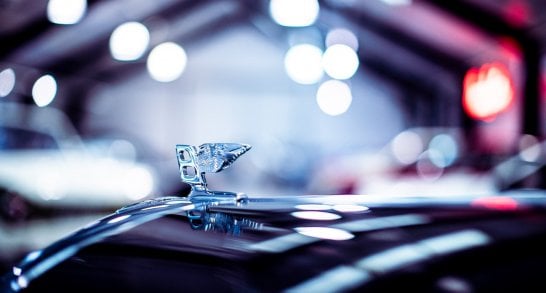 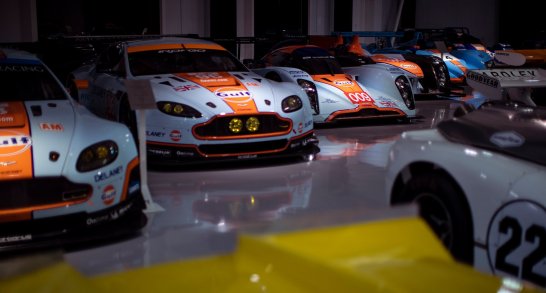 I like this philosophy, I think it’s becoming more and more evident with collectors now, that cars and collections should be fun and usable without barriers. Do you also participate in more events and races now?

Jack: Yeah, we do a bit more racing – big ones like Goodwood Revival, Festival of Speed, Members’ Meeting and Speedweek. When our current personal projects are done, we’ll be releasing Motor Racing Legends, Masters, Peter Auto, and more. Next door, in the ROFGO Racing workshop, the guys are driving cars at Monaco Historic, Le Mans Classic and Goodwood. We are slowly introducing very select customers to them.

Nick: We have other internal projects like the Schuppan 962 road car prototype which is currently being restored with ROFGO Racing, where the cars are prepared to modern F1 standards in each department. It’s great that we can offer this service, but the shop is not big enough to serve a lot of customers – just a few trusted people who are already on the sales side; we bring them into the race store. We all feed off of each other, including Venture Engineering, to which we are related. They have some of the best engineering brains in the country. We’re relatively competitive in racing, but the business is currently occupying most of our attention. 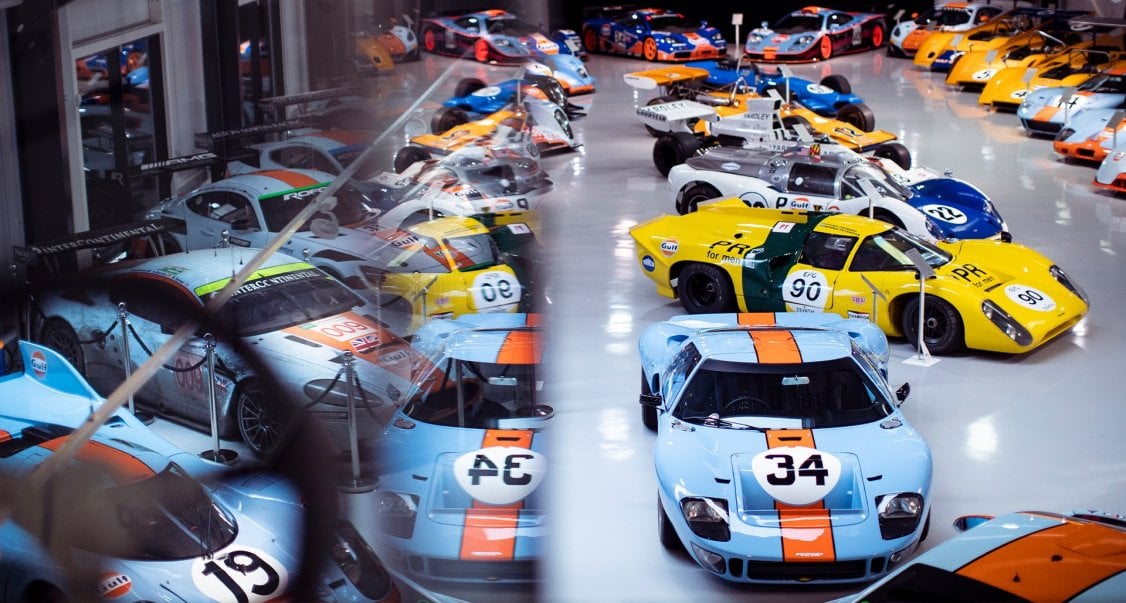 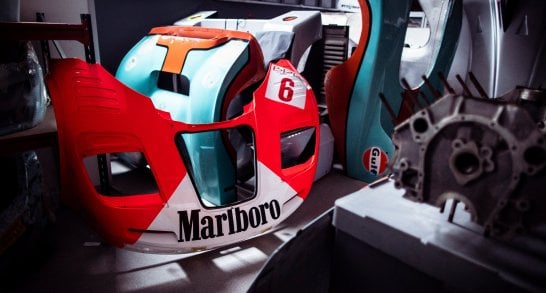 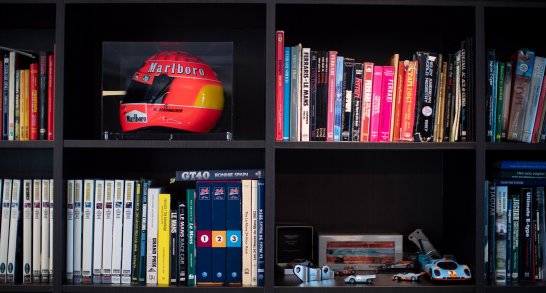 The space here is fantastic; just seeing all the details, the models, the books and the art, I could spend the whole day looking around. Do you have any plans for events here?

Jack: We talked about having mornings here and meetings of all kinds, but not on a large scale. It’s not really our style, but something intimate and exclusive would be nice. We are very intimate here and like to get to know people a bit before opening all the secret doors! 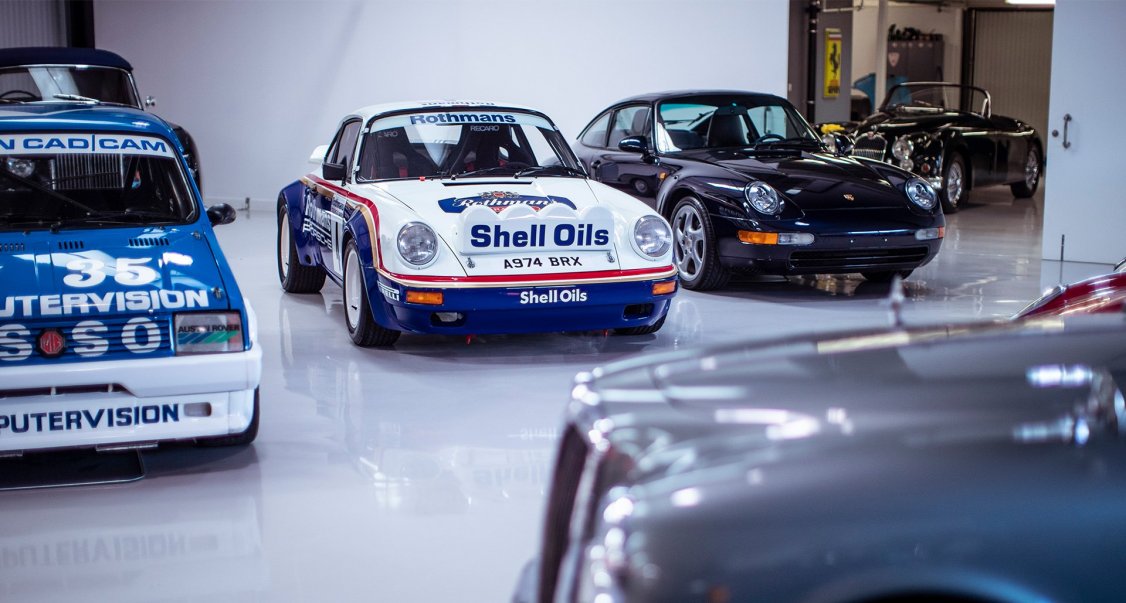 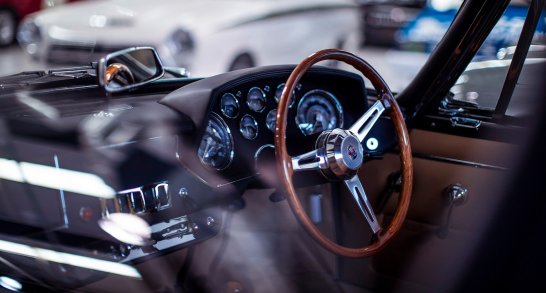 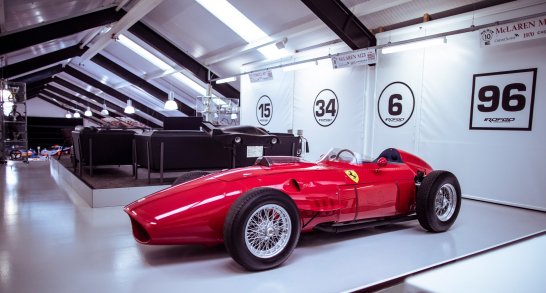 I totally agree, it’s good to create this buzz where people see photos of an event after it has happened. So not all the cars you buy make it to the website; you’ve also been involved in high profile off-market sales. Tell me about one of the biggest star cars you’ve been involved with recently?

Jack: There have been quite a few over the past four years, probably a few star cars stand out for Nick and I in terms of satisfaction, pursuit and joint effort…

Nick: Yeah, the Miura, which you did a big article on recently, and a very special Porsche 911.

Jack: We found the Miura in Japan. I had a chance chat with someone at Goodwood who knew we were building a collection of silver road cars for a client and he said, “Oh I heard about this Miura who is in Japan, it’s money. ” “Alright, well, let’s look at the pictures.” A few rivets in weird places, ducts, wide wheels… “He’s an SVJ! THE one everyone’s been trying to get access to” Anyway, it took a good few weeks of calls endless phone calls, but we finally found the end user, this gentleman in Japan. About 48 hours later, plane ticket to Japan, deal concluded.

It was a special affair. It just might be the most valuable Lamborghini in the world, who knows. It was unveiled last year at Retromobile at the Lamborghini booth, and now it’s with a real Lamborghini man who is beside himself with excitement at how special it is.

Jack: The 930 Turbo was another great deal, again, it was a chance talk. “Oh, there’s this Porsche hidden in the Swiss countryside, it’s a 930 that made Le Mans.” We were on a flight the next day, and it turned out to be the first turbocharged Porsche to win at Le Mans. We bought the car from a charming and very private Swiss; he had been hiding in a small village since 1976 and is now with a large client in the UK. Chasing cars like these is really special and exciting. 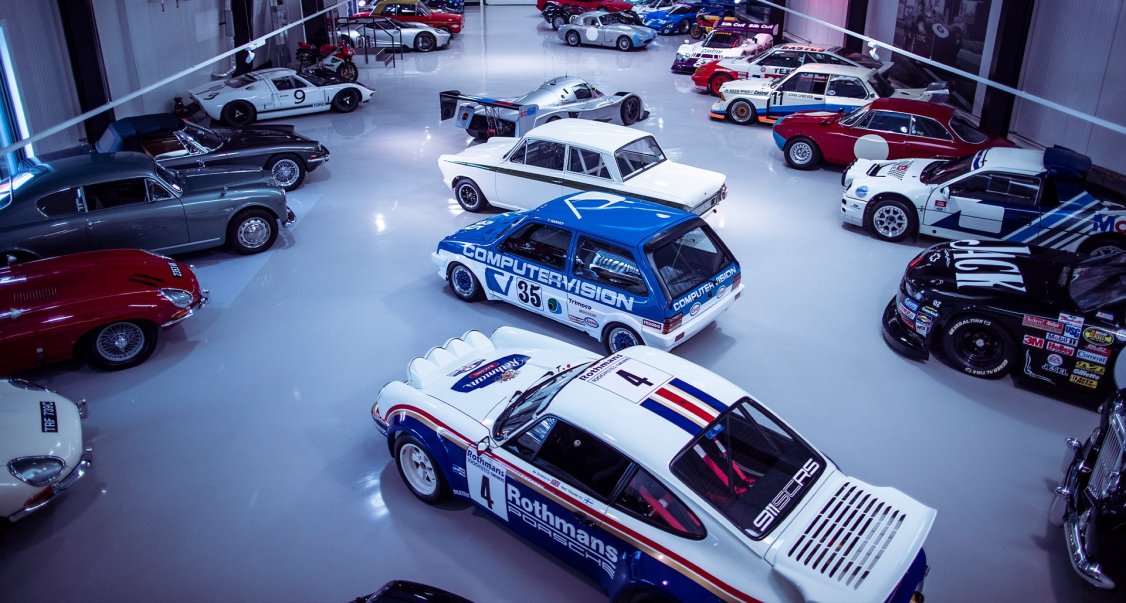 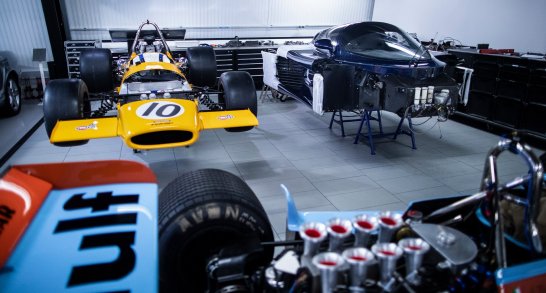 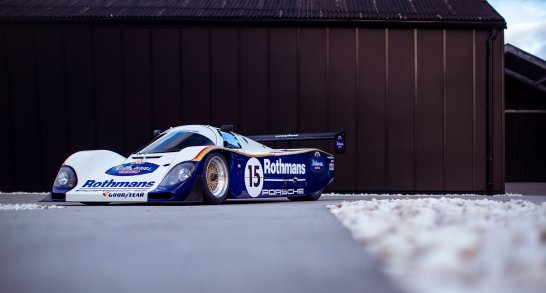 Fantastic! If it’s the last few years, what’s the future for you?

Nick: In the future, we would like to do more races and prepare more cars for our customers.

Jack: Yes, offering people more than just sales and acquisitions, and with our close ties to ROFGO Racing and Venture Engineering, that will happen. We would like to develop this aspect of things slowly and very selectively, while our goal will remain to seek out exceptional racing cars in the world for the enjoyment of our customers.

We would love to travel again. Over the past three years we were both on the plane a lot, the most interesting cars we discovered were all because we were able to get short-term theft. Despite this, I wake up every morning and can’t wait to go to work – you never know who might be calling you in our world.

Nick: I think we are very lucky. Coming to work in the morning isn’t a chore, that’s for sure, and DHR’s future is exciting.